For three years I have given my nephew and 3 oldest nieces (visiting from Texas and Colorado) a paint-by-number for Christmas as one of their presents. Over Christmas, they would work on their paint-by-numbers in my studio while I painted. This year my 11-year old niece from Texas asked for something harder and more challenging. She wanted to do her own painting and get some painting lessons. As soon as her 11-year old cousin in Colorado heard about this, she wanted to do it too. And once she was going to do a "from scratch" painting, her 12-year old sister signed on.

My niece Audrey from Texas arrived here with her family on Dec 20th. The next day we were in Michael's picking out her brushes, palette knife, and extra turpentine. I also bought duplicates for her cousins set to arrive on the 23rd.

Now to decide what to paint. Weeks earlier I thought encouraging them to do an animal portrait focusing on the eye would prove to be the most satisfying for them. Audrey and I spent time going through hundreds of my reference and she selected a cougar cub. We worked together to decide on the cropping and Audrey decided to paint it on a 6" X 6" gessobord I had. Her cousins followed suit a few days later.

Each of the girls worked from a grid system to free-hand draw their animal. They had a 1" grid on their board using 2B graphite pencil. Once they finished their drawings with the 2B pencil (and they were marvelous), the girls went over the outlines with a 4H pencil and then erased the 2B grid. Just like I use a raw sienna-burnt sienna wash to make a sepia study, they did also.

On to painting! Each of the girls used my Rembrandt oil paints. Knowing mixing can be a challenge, I helped them see and create the colors they would use. Once they started, they were often mixing on their own.

When each girl felt their animal was finished, she chose her background color. 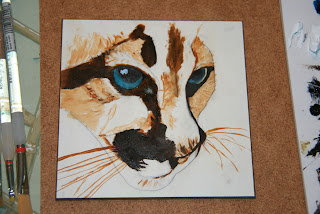 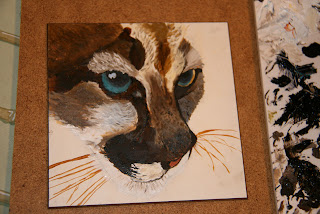 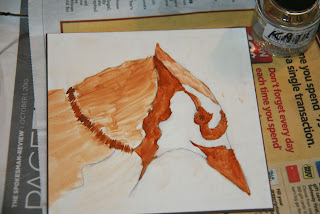 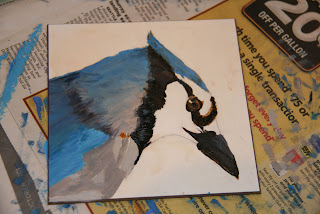 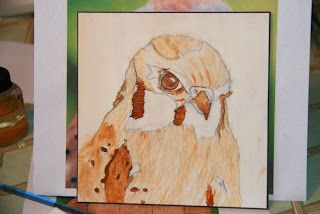 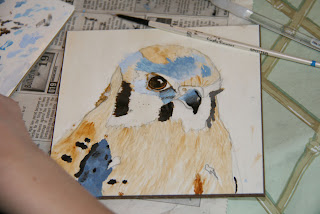 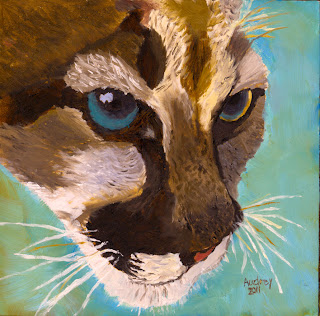 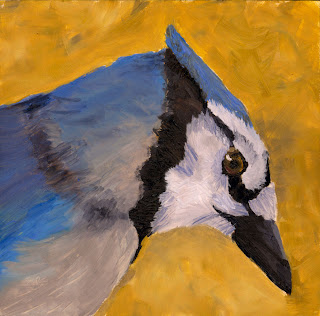 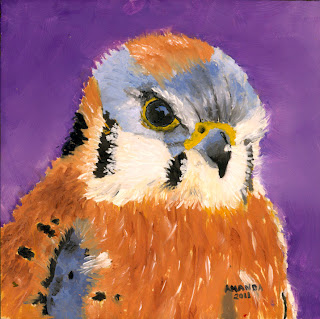 Not only do I think they did a wonderful job, but I am proud of the dedication each showed in working on their paintings. They could have taken short cuts but they didn't. They carefully selected their subject (rather than have me pick it for them), they hand drew it and spent many hours carefully painting the details.
Thank you Audrey, Katie, and Amanda for making my Christmas very special this year.
Posted by Linda Besse at 5:14 AM

That's just wonderful! What a great holiday event for the family. Wonderful job girls! Clearly, the talent runs in the family.