My first glimpse of razorbills was in the West Fjords of Iceland where 60 - 70% of the world's population breed. This auk is the closest living relative of the great auk which became extinct in the mid-1800's.

That fate almost snared the razorbill but it was aided in 1918 when it became protected in the United States through the Migratory Bird Treaty Act. With fewer than 1 million worldwide breeding pairs (which may seem like a lot) its habitat in the North Atlantic can be deeply effected by commercial overfishing, oil spills, and human encroachment.

When is something rare? For animals it could be a threatened breeding population or an animal seldom seen in the wild because of its remote location. More broadly for us, it could be something you see, hear, or feel not very often. 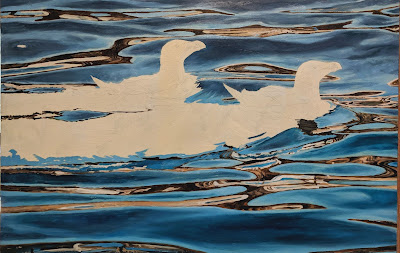 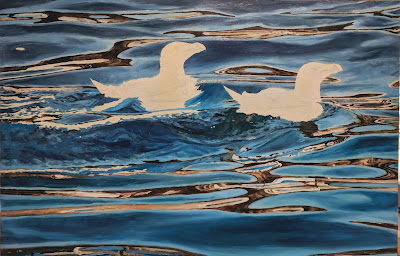 May you find beautiful rarity in your day today.
Posted by Linda Besse at 8:22 AM